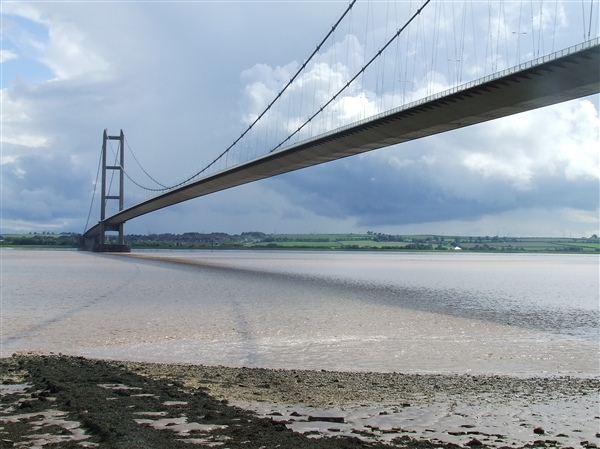 In The Judas Sheep Charlie drives over the Humber Bridge a couple of times. When built it was the biggest single-span bridge in the world, a title it held for 16 years. It now stands at number 5 but is still the largest bridge you are allowed to walk or ride a bicycle over. One fine summer’s day we decided to have a ride on the BMW to check it out, as we say. From where we lived it was a straight blast on the newly opened M62 extension. This is a motorway which goes nowhere, (well, Hull,) built to garner a few votes for the sitting MP, one Barbara Castle. It’s a toll bridge and Doreen, on the pillion, paid with a £10 note. When I saw the man hand her the change I set off at a sedate pace, taking in the view as much as possible. As soon as we reached the other side Doreen thumped me in the back and gestured for me to stop. She was holding her glove between her teeth and the change from the tenner in her ungloved hand. When she was more properly attired we came home at highly illegal speed on the deserted motorway. Bridge details: 2,220 metres single span suspension; opened to traffic 24 July 1981; saves a 50 mile round trip. The bike was a blue and silver 980cc BMW R100RS. Mrs Castle was re-elected.