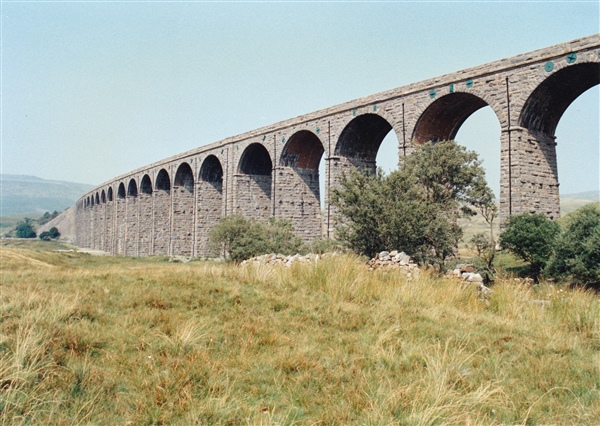 This is the famous Ribblehead viaduct, on the spectacular Settle to Carlisle railway line. The viaduct features in Book III (“The Judas Sheep”) of Charlie’s adventures, although I changed the name to Batty Moss, which is the name of the moor, because I felt it had a more “Yorkshire” feel to it. The fellside just visible at the left-hand edge is the shoulder of Whernside, highest of the Yorkshire Three Peaks but not the highest point in the county. Back in 2005 I slipped on a patch of ice near the summit and broke my ankle. John helped me limp to the Hill Inn three miles away (and closed) while brave Dave hot-footed it to Ribblehead to fetch the car. Having my leg in plaster for six weeks proved to be a highly productive period in my literary career. It’s an ill wind and all that.